View today's hottest Carefree homes for sale below! Carefree is an upscale suburban paradise only 35 miles from downtown Phoenix. It arguably has the most beautiful setting in all of Arizona! Although it covers only 9 square miles and has only 3500 residents, it's big on culture and fun. Interestingly, Carefree was long the home of Southwestern Studios, which was used in the 70’s to film The New Dick Van Dyke Show and more recently for Bill and Ted’s Excellent Adventure. Carefree might just be the home you and your family have been dreaming of! To request further information about Carefree properties for sale or to schedule a private showing, contact your local real estate experts today. Read more about Carefree real estate.

Homes For Sale in Carefree AZ

Considering the purchase of a home in Carefree? Call (480) 400-7101 to reach Unity Home Group® at eXp Realty. Our real estate agents will help you through the Carefree housing market. 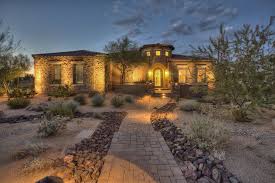 Carefree, Arizona is truly a lifestyle destination. Real estate in Carefree is among the most expensive in the country. While there are many executives and business people living in Carefree, it is interesting to note that Carefree has an artistic side as well. In fact, there are more artists, designers, and people in media living in Carefree than in 90% of the towns in America.

The median home value in Carefree is $1.1 million, and the family median income is $105,699, making Carefree wealthier than 90% of the towns in the US. A typical home on the market for around $1.1 million has three to five bedrooms, and amenities such as chef’s kitchens, swimming pools, theatre rooms, and other luxury features. Carefree is truly a wonderful place to make your dream home a reality.

Carefree has many parcels of land just waiting for you and your architect! You can purchase your choice of acres of pristine desert land for between $100,000 and $500,000.

There are few condos on offer in Carefree, but they do exist for those looking for a low-maintenance lifestyle. At the high end of the market, expect to pay upwards of $400 per square foot for the absolute best in luxury living that Arizona has to offer. Truly, the sky is the limit!

Carefree’s motto is “The best small town in Arizona.” Once you experience Carefree firsthand, we think it is almost a sure thing that you will agree. The Sonoran Desert is one of the most impressive natural landscapes in the state. Culturally, it has deep roots as well, as it is home to seventeen Native American tribes. And with a population of only around 3,500 people, Carefree will become a quiet and indulgent respite from the hustle and bustle of Phoenix.

Carefree is home to numerous festivals throughout the year that display its artistic and cultural sensibilities. Carefree offers world-class restaurants, and despite its size, it is a shopping destination in its own right. It goes without saying that there is everything an outdoors enthusiast could possibly want –- and more –- practically on your own doorstep. And to boot, there are over 20 golf courses within a stone’s throw of Carefree, making it a destination for professionals and amateurs from all over the world!

Planning to buy or sell a home in Carefree? Let our real estate team guide you through the sale of your current residence or the purchase of your new property. As local real estate agents, we have up-to-date information on the unique dynamics of the real estate market in Carefree.

Contact Unity Home Group® at eXp Realty to learn more about representation for buyers and sellers. Looking to sell your Carefree property? View our free market analysis page to receive a property evaluation within moments.

Buying a home in Scottsdale
Your new Scottsdale home: Tips for a successful walk-through
BY Ryan Tollefsen

Main
Bits and pieces of news from Scottsdale
BY Ryan Tollefsen 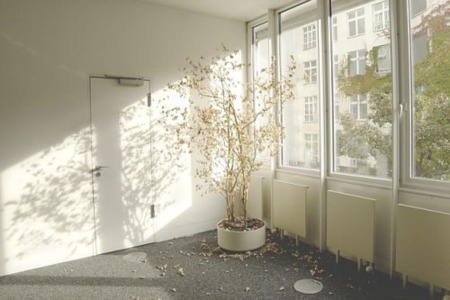